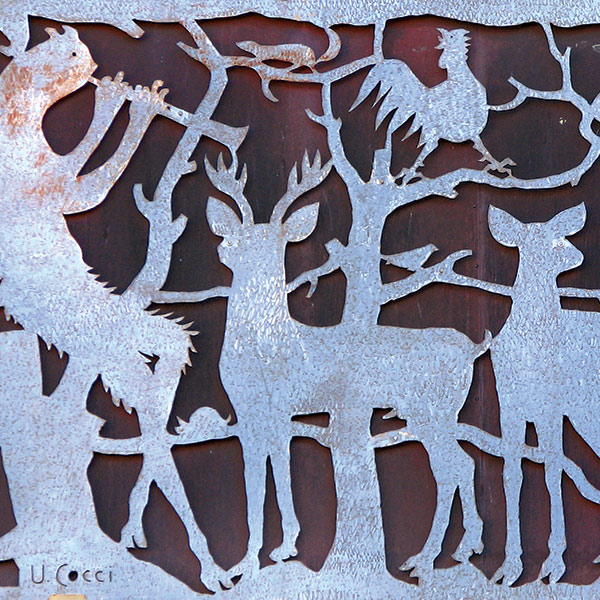 In 1983 the Centro di Promozione Artistico-Culturale (Ce.Pa.C.) of Prato, the local Information Office of Luicciana, and the Town Council of Cantagallo, joined forces to periodically arrange a collective show in which artists are called upon to take part by executing paintings and sculptures on the facades of the buildings of Luicciana, and in public places, in order to renovate and improve the village and its natural and artistic setting in the upper Bisenzio valley.

The group of works on display in the interior of the Palazzo Comunale together with those of “open-air museum” is therefore the result of these exhibitions, and features works by Prato artists and masters of international fame. At the end of the 1990s, the project grew and came to include installations by Maurizio Faggi, Vittorio Corsini, and Tom Claassen, and in 2008 environmental works by Giuliano Mauri. 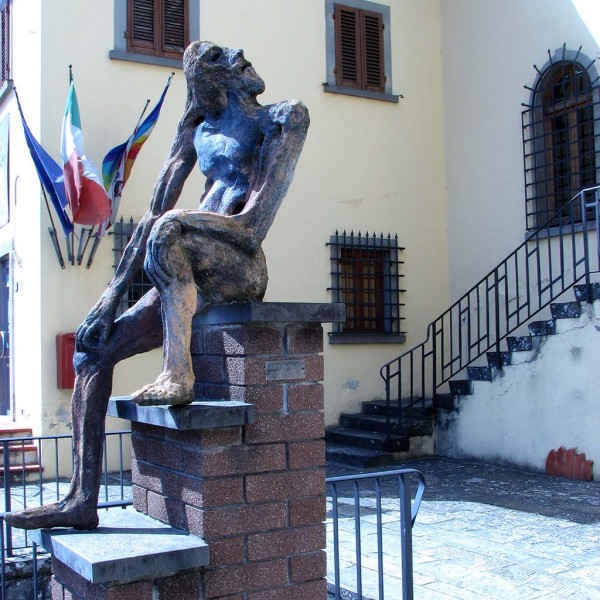 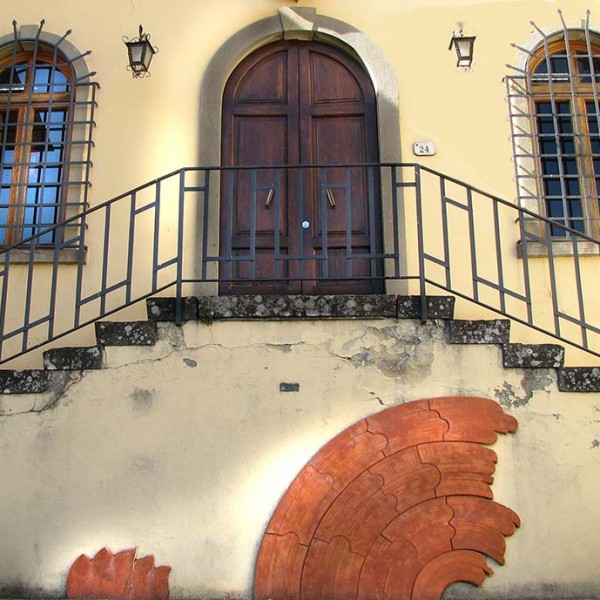 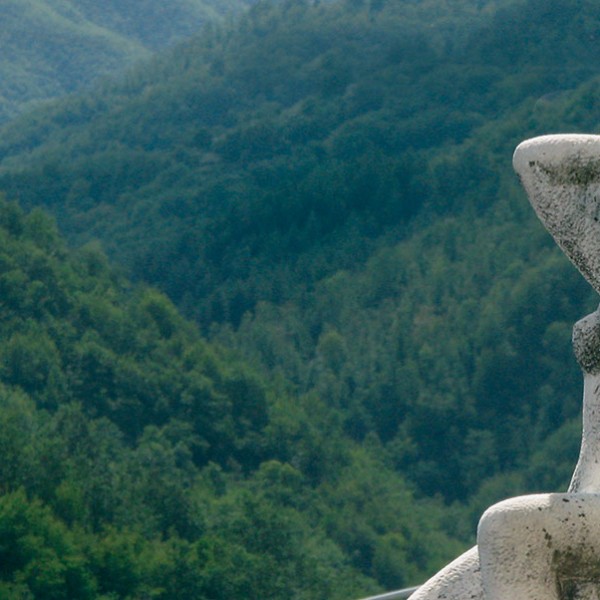 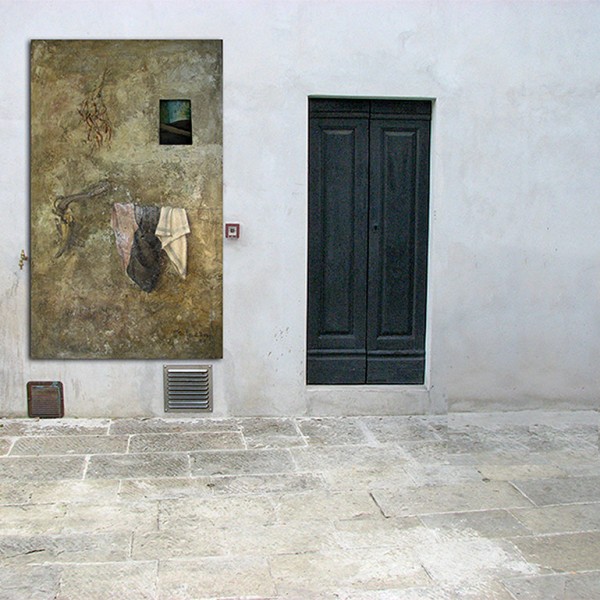 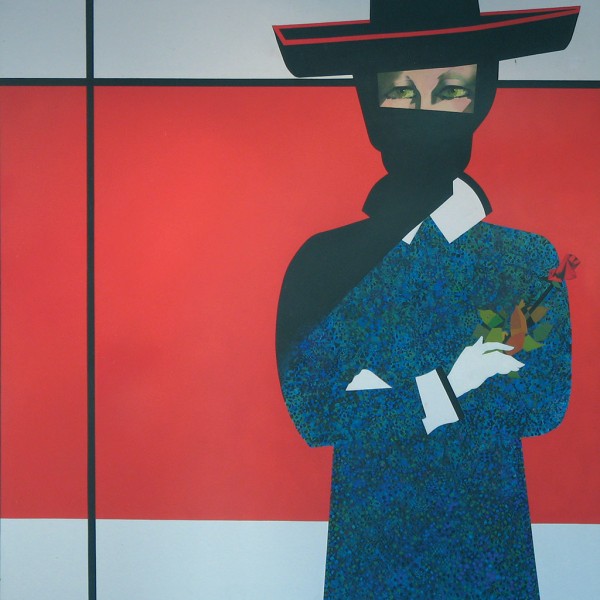 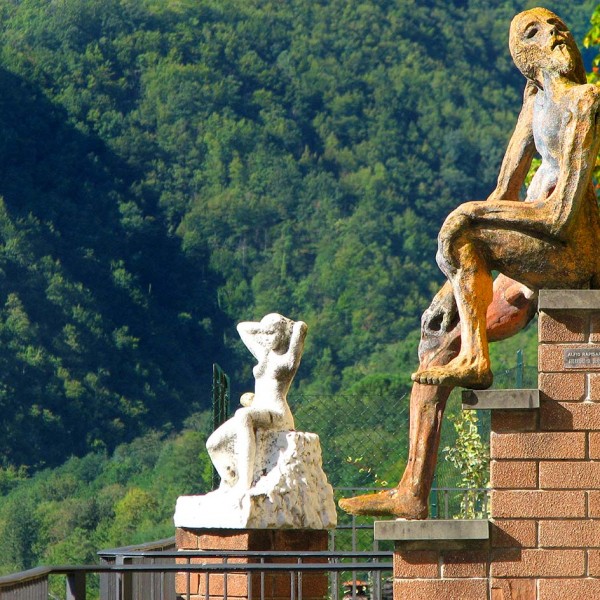 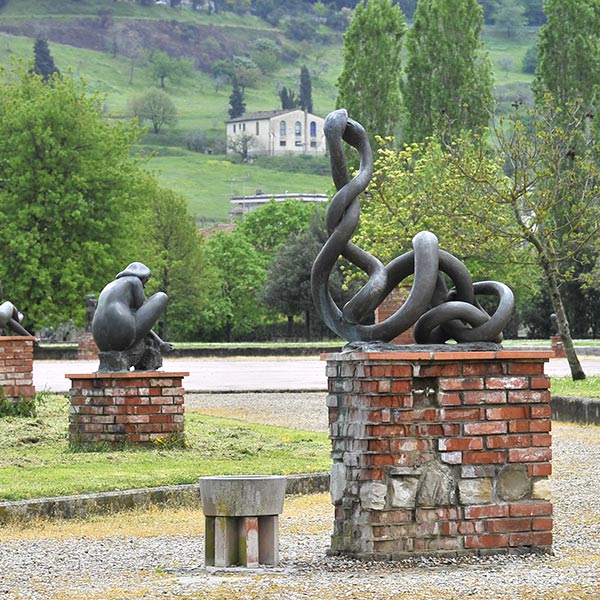 At Seano, where Quinto Martini (1908–1990) was born and raised, there is an extensive park museum in which 36 sculptures and works in bronze, executed between 1931 and 1988, illustrate his artistic journey, evoking in many cases the local people and life in the area. Inaugurated in 1988, it is an anthological and biographical work — with an intimate feel but at the same time intended for the public.

The sculptor himself believed in and actively participated in the founding of the park, making above all a choice between the sculptures that he considered more important and suitable for the location, carefully following the smelting process, assisting the architect, Ettore Chelazzi, in the task of arranging the sculptures in the open (on brick pedestals), thus redefining what had initially been a simple triangular field between the old village and the new urban expansion. Close to the park stands the artist’s home, which is in the near future expected to open as a historic house museum.