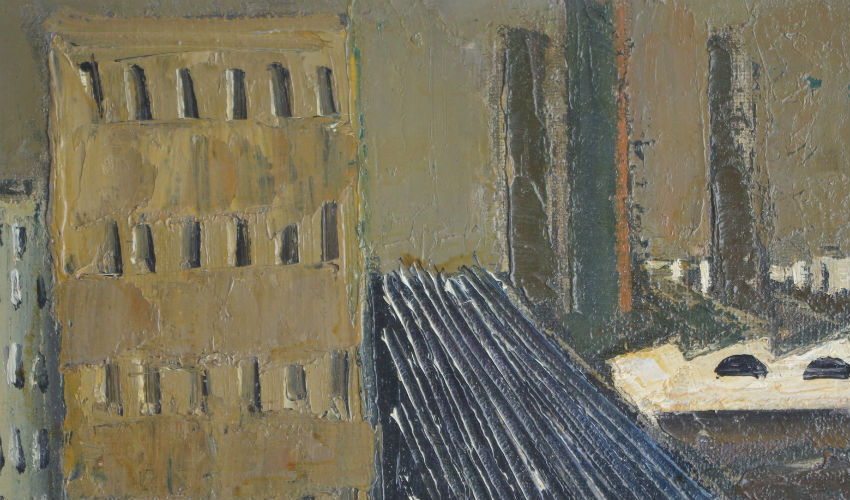 Soffici and Sironi. Silence and Disquiet

For the programme of in-depth analysis of 20th century Italian Art, the Ardengo Soffici Museum is organising a documentary exhibition, curated by Luigi Cavallo, with 20 paintings by the maestro from Poggio a Caiano and as many by Mario Sironi.

The exhibition summarises the work of these two artists in the 20th century and is organised as a parallel anthology, not a historical-critical comparison, but rather an important opportunity to revisit essential chapters in the evolution of our history.

The cultural and creative contrast between Soffici (1879 – 1964) and Sironi (1885 – 1961) is assessed within a range of participations, which together with the poetics of the ‘call to order’ became an awareness of realty, according to Soffici a “synthetic realism” and according to Sironi the reality revealed in the existential laceration of an individual.

The two different experiences lasted until the pressing events of the fifties, when Soffici discovered in the Tuscan landscape a perfect identification, matching his work to the natural course of the seasons, while Sironi experimented with the more risky experimentations of informality.

‘Silence’ and ‘disquiet’, the definitions used as the subtitle for the exhibition can be applied to both these artists. There is silence in Sironi’s work fundamentally inspired by Mediterranean classical nature and in his suburbs, places of unprecedented solitude. There is silence in the figures and villages painted by Soffici in order to portray their exemplary immutability.

As far as ‘disquiet’ is concerned, the word fits perfectly with the mingling of life and painting, with the path they both followed in our society at the highest levels. A path that is evident when reading their biographies, with their at times dramatic events, and in the leap in their various stylistic periods, from futurism to realism.

Contact between Soffici and Sironi was certainly not frequent, not as frequent as, for example, between Soffici and Medardo Rosso, Carrà, de Chirico, de Pisis and Carena. They are, however, linked by significant elements, firstly their respect for the maestros of the past, for our formal tradition, for figurative culture; characteristics that portray the recognisable lineage of Italian art.