Still today there is no actual museum of the Palio. Attempts to establish one in the 1990s were undermined by the powerful identification of the contradas with their individual historic legacies.
Thus each one has its own museum, often veritable treasure troves, which together form a unique network of museums throughout the city. Several of these small museums have pieces from the 1900s, mostly palii (embroidered tapestries awarded in the Palio to the victorious contrada). In the 1970s, contemporary artists were commissioned to create modern interpretations of these traditional pali.

The first was painted by Mino Maccari, over the years followed by Guttuso, Cagli, Attardi, Adami, Chia, Paladino, Paolini and others up to the present day. In addition, all the contradas have illustrations by Duilio Cambellotti from his exquisite book about the Palio, created in collaboration with Sienese historian Piero Misciattelli between 1929 and 1930. Some of these museums have work from the 1900s donated by artists from that contrada: Onda has prints by Dario Neri; Lupa has a sculpture group by Vico Consorti bequeathed by his heirs, while Drago has a well-known fountain donated in 1977 by Consorti who had held a position of honour as Drago’s prior in 1961. Nicchio has a small ceramic museum with a section displaying contemporary pieces, while Montone has modern works such as the 1986 palio by Salvatore Fiume on display in its impressive museum designed by Giovanni Michelucci between 1973 and the 1990s. 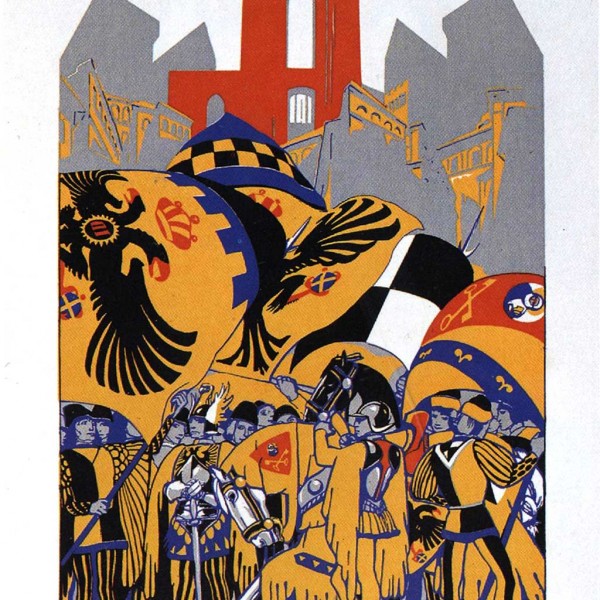 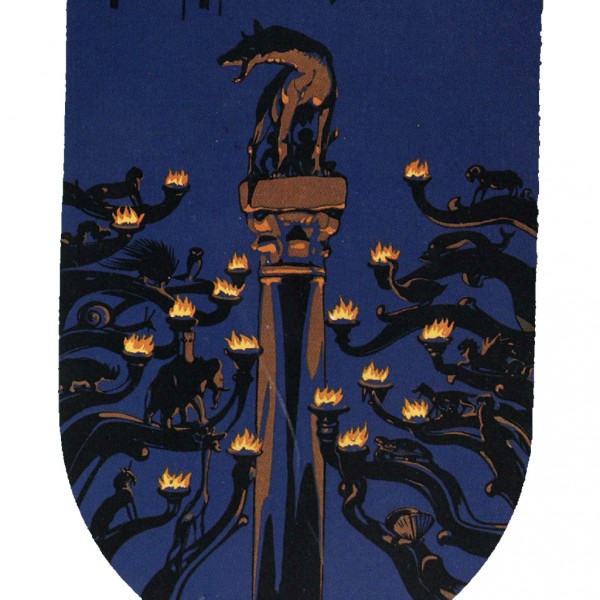 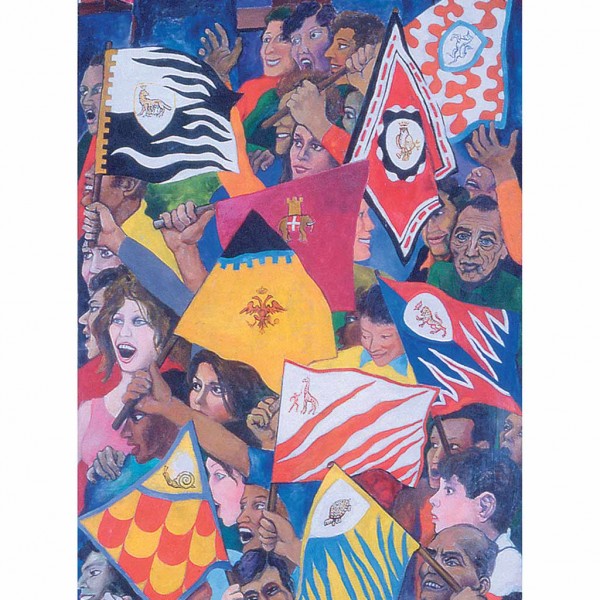 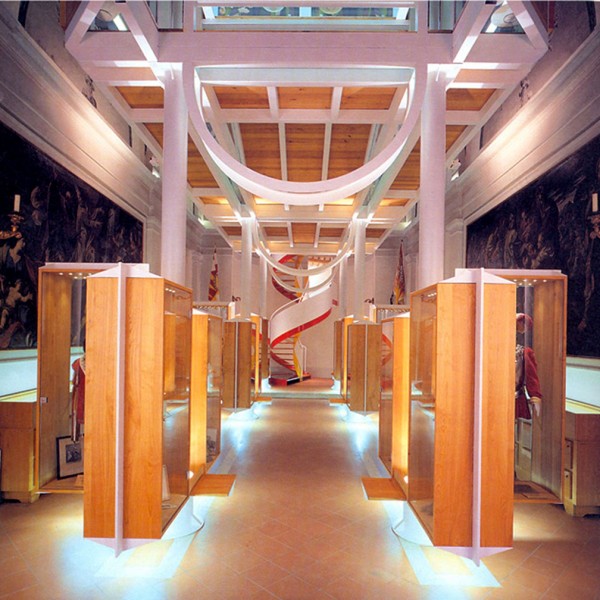