Even the museum that is celebrated for its outstanding Renaissance sculpture has acquired twentieth-century work, such as the group of sculptures donated in 1988 by Francesco Messina (currently in storage).

In the fine applied arts section, the room dedicated to ceramics is a small but significant collection of twentieth-century pieces made in Tuscany.
While some objects have a late nineteenth-century feel, with oriental and neo-Renaissance motifs — produced by the factories of Signa, Cantagalli and Borgo San Lorenzo founded by Galileo Chini — others have fully adapted to the Art Nouveau climate, as in the vases by Galileo Chini.

The 1920s and 1930s are represented by pieces designed by Romano Dazzi for Cantagalli and by a small celadon pot designed by Gio Ponti for Richard-Ginori, while the ceramic sculptures and vases by Marcello Fantoni offer a glimpse of the formal and linguistic evolution between the 1930s and 1950s 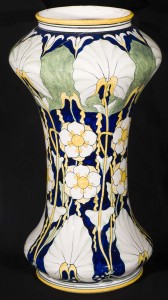 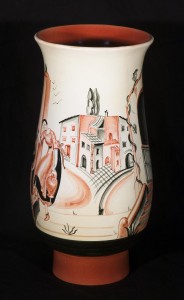 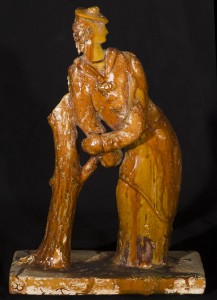 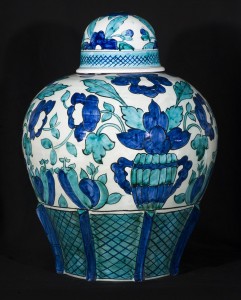